Our First Regional Conventions (together together)


When the Convention and Assembly Desk of the Service Department asked me to take up two convention assignments where no Bethelites requested to go, I can’t just say yes right away as I used to do. For the first time, I had to say, “I’ll ask my wife first”. Our experiences in Kalibo and Roxas City were both novel and exciting. In between those conventions, I also came face-to-face with what “compromise” meant for married couples.

In Kalibo we stayed with our family’s longtime friends, the Salazars. While those in Aklan are generally fluent in Hiligaynon, their true language is Aklanon, or locally known as Inakeanon. (Note the usual removal of “L” in this language). Most speakers in the program spoke in Inakeanon—a language Regine had no previous exposure to.

This convention was a lot of firsts for us. This was the very first convention where I delivered the talk in my own language, Hiligaynon. (Trivia: I previously gave convention talks in English, Sign Language, and Waray-waray, but never in my mother tongue. 😅) Since this was Regine’s first exposure to Inakeanon, I really appreciated her patience and endurance trying to focus on a program which she barely understood. She said she made it through by lots of prayers, and… Mentos. 🍬😳😅 This also was the very first convention we attended as a husband and wife. 😍

The Time in Between

After Kalibo we were wondering, “Where will we spend the four days in between the conventions?” We didn’t have plans. When I was single I liked spontaneity and loved to fly with the wind. What were our vacation options?

On one hand, our family friends from Boracay were quite persistent in inviting us to go there and spend the time with them. This is an opportunity for them to be introduced to Regine and to better get acquainted with her. On the other hand, my sister recommended the Hinugtan Beach in Buruanga. Brothers reported that Buruanga is way quieter, more isolated, and has the feels of old Boracay when it wasn’t inundated by visitors yet. So, which one of these places should we go to?

Since Boracay became famous, I started to dislike the commercialization and the atmosphere of the place. But since I enjoy spending time with friends, and Boracaynons were very sincere in their invitation, I was inclined to spend the vacation time there. This time however it’s not just about my decision, right? It’s a question of, “What will be our decision?” At that time Regine felt we haven’t been spending time together together. Nope, that not a typo. That’s what we call of time spent, not just being physically together, but talking privately and connecting on an emotional level.

Together together wasn’t really in my psych before. Maybe it’s safe to say that generally, it isn’t in the psych of boys at all. We discovered this during our Korea trip. While sitting in the plane from Gimpo to Jeju, and after spending straight 24-hour days together, Regine asked, “Can we do something together?” Helpful and trying-to-be-understanding husband got his phone and happily presented a solution, “You want to play a game?” Nope, wife wasn’t too happy about that. What she actually wanted was for us to talk. Later in the gardens of Seopjikoji, Regine and I were sitting down and observing 6- to 10-year-old kids playing. While the young boys were boisterously running around with their imaginative role plays, the little ladies quietly sat in groups (well guess what?) talking. We had an epiphany: men and women were created with different makeups and have unique needs.

So now, where will the long-awaited vacation be spent? With friends in Boracay, or together together in Buruanga? This is what compromise means. Some say marriage is a give and take. Our well-respected Tito Jay said, “It’s 100% give.” Well, we certainly did not regret spending the good four days in Buruanga. We initially enjoyed time with two other couples who brought us there and gifted us this treat. They left us the following day with the beach and nature all to me and my wife’s togetherness. This one thing I learned: Whether single or married, we make compromises. We don’t always get all the things we wanted. Yet despite that we can still be joyful and happy.

After a hospitable family gave us brunch in Buruanga, we headed back to Kalibo and then off to Roxas City. The program language this time was Hiligaynon (many native speakers also refer to this language as “Ilonggo”, although Ilonggo should technically refer to the people). This would be Regine’s first Hiligaynon Regional Convention. The convention was a success, and we appreciated the friendliness of the brothers and sisters, along with a surprise visit from family and relatives from far away. Among other things, Roxas City also marked Regine’s first catch of a live fish. 🐟

It did take almost a year of wanting to blog about this experience and then finally writing about it. Well, getting locked down because of COVID-19 does have its perks. A time to chill down, reminisce, and be together together with my dear and beloved wife, Regine.

Servant of the Creator happily married to Jehovah’s slave girl.

While Majal was absorbed in training for a good foundation in the Maths and Sciences, he learned that there is more to life than simply elucidating complex designs in our universe. He realized that there is a Designer. The Source of our order, an order much superior than what our human brains could conceive. 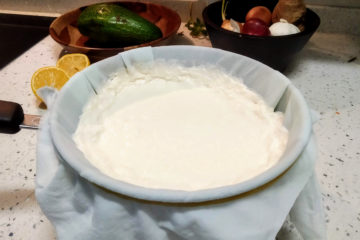 My wife loves Greek-style yogurt. But they're a bit pricey. How can I satisfy her craving while using materials found in our home? Here comes the famed Filipino ingenuity! 😅 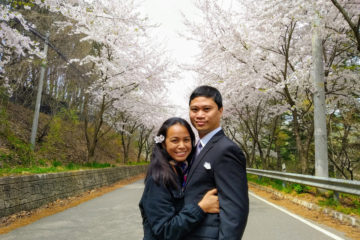 What could be sweeter than traveling with your one true love? What bloomed more fully than cherry blossoms? Find out in our trip to Korea. 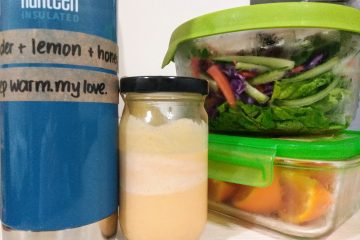 A Capable Wife—Caring for the Sick

How does a capable wife react when her love is sick? She sends these from 10 kilometers away.