Can God Have No Beginning?

Our Life Together  >  Thoughts  >  Can God Have No Beginning?  —  science  |  spirituality


Before the mountains were born
Or you brought forth the earth and the productive land,
From everlasting to everlasting, you are God.

Something special about humans is we do care about, and can imagine, what eternity is. That is, eternity going forward. But don’t we at times find it challenging to fathom eternity going backwards? It’s just common sense. Everything had a beginning, right?

Back in high school, I tended to think deeply about this subject. I was reared in a school focused on the Sciences and Mathematics. One day as usual, while hanging out in the library, I saw a book explaining Einstein’s theories on Relativity.

The Special Theory of Relativity (SR) was one of a kind. It broke common sense.[1] In its early days SR was criticized by many scientists.[2] Its consequences discussed things that we don’t experience in daily life, such as the stretching of time or of an object increasing its mass without adding anything to it. For many, it just did not make sense for such properties as mass, time, and length to intrinsically change simply because of the perspective of the observer.

As the years went by, though, more and more experiments consistently proved that SR’s startling assumptions were correct.[3, 4] It took me weeks to digest and mentally visualize this “new” reality of the world around me. After finally getting my mind around this novel idea, then came SR’s big brother.

The General Theory of Relativity (GR) discusses gravity and its effects on space and time. Unlike SR which used more basic math, my skills then were inadequate to solve all of GR’s equations. Yet SR gave me enough idea to figure out what GR was trying to say: as space is compressed, time is stretched.[5]

Back then I killed time reading about black holes (and rehearsed how to spell and properly pronounce Schwarzschild radius). 😅 One day I got hold of an article explaining why we will never observe a black hole collapsing into a singularity. It is because as space is compacted smaller and smaller, time dilates longer and longer. So as space is compressed to zero, time will stretch to infinity. What that means is it will take forever for an outside observer to witness a black hole collapse into itself.

That sounded logical. And with this realization then came…

The Big Bang Theory currently stands as the most accepted model of how our universe began some 13.8 billion years ago. How long ago? Yes, 13.8 billion years after the inflation. But the time period before that is something quite interesting. You see, during, and especially before the inflation, space was extremely compact. It follows that time then was immensely stretched. Do you see where this is going?

Many scientists believe that when our universe began, space and time also began. But when we view that point, the birth of time, through the lenses of Relativity, that point could stretch all the way back to forever. So how do we answer the question of when our universe began? That will depend, or is relative, to our space-time perspective. And from our perspective inside this universe, that should mean eternity. Backwards.

True, it takes time and energy to wrap our heads around some of these ideas. And nobody else can convince us about these things. As our knowledge of the universe improves, we’ll keep on integrating the evidence. So never stop your thirst for learning, relax, take your time. Infinities last forever. 😉

As for me when I was 14, and after positing that the Creator should be in a more complex dimension to spin up this universe (i.e. “outside” the universe), I finally settled peacefully with this understanding: If the universe had a Creator, it’s not only possible for him not to have a beginning. It’s a requirement.

Servant of the Creator happily married to Jehovah’s slave girl.

While Majal was absorbed in training for a good foundation in the Maths and Sciences, he learned that there is more to life than simply elucidating complex designs in our universe. He realized that there is a Designer. The Source of our order, an order much superior than what our human brains could conceive.

Wow! It’s so nice kuya Maj..I really enjoy reading this article. May Jehovah continue to bless you and your wife. 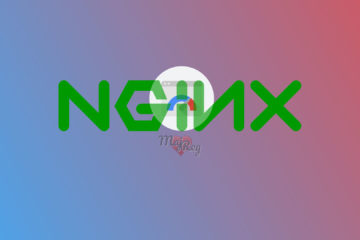 Do you have an already-built instance of NGINX and wanted to add Google’s PageSpeed module? Use this bash script to automate installation of the dynamic module. 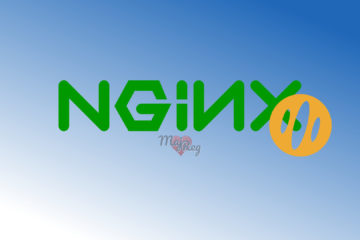 Do you have an already-running instance of NGINX and wanted to add Brotli compression? Use this Bash script to automate installation of dynamic modules. 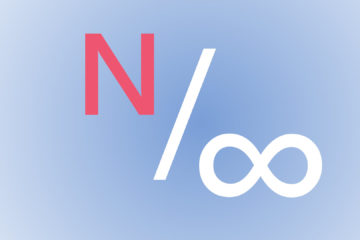 “The tribulation is momentary and light”

The apostle Paul wrote that the problems we face today are “momentary and light”. (2Co 4:17) How could our trials, including the really difficult ones, feel ephemeral and easy?